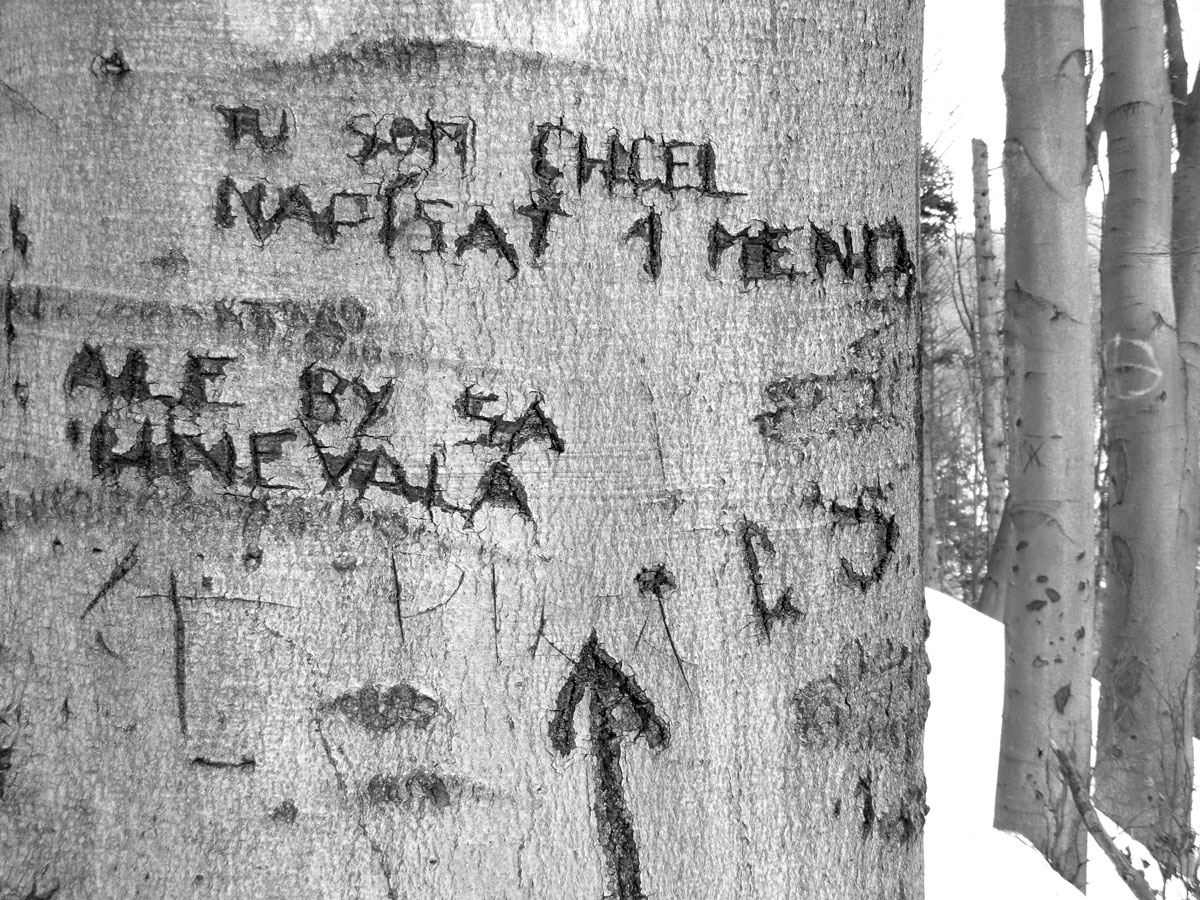 Channel of messages from the edge of the society

In the cycle,  Channel of messages from the edge of the society is primarily about long-term forest habitat monitoring. The primary medium in creating this cycle was a photographic record. Over time, I had come up with various ways how to remove and transfer the scraped inscriptions on the bark of the trees that caught my interest. The first technique that allowed me to do it was frottage. Through the paper attached directly to the tree bark and its subsequent printing with the powder pigment, graphical records were created. At work I used a black pigment, as a result, these monochromatic prints have a material character due to the structure of the bark. Ihave followed the form of secondary non-interference into the scars.

In the course of my work I discovered many trees on which the original text was, overwritten, "censored", enriched with new words, or completely removed. It is therefore a form of communication. Expressed often by opposing views, takes place across multiple levels. The first is the man's reaction to the inscription which he finds in the forest environment. The other, the reaction of nature itself to human intervention. Over time, the original inscription through the growth of the tree deforms, grows, overlaps with the moss, and becomes generally less readable overall.

In a closer look at these, let's call their, forest graffiti is obvious, that are primarily about the relationships they simulate. Through their gradual uncovered outwards, political rebellion, social dissatisfaction, minority relationships, and other issues are hiding the inner essence of their creation, the author's relationship to these issues. The Perspective of author's intentions is the main element that separates them.

The aim of this work is also a certain loss of authorship resulting from its extension to participation with natural cycles. The tree is a medium that deserves a larger and more challenging part of making these records. 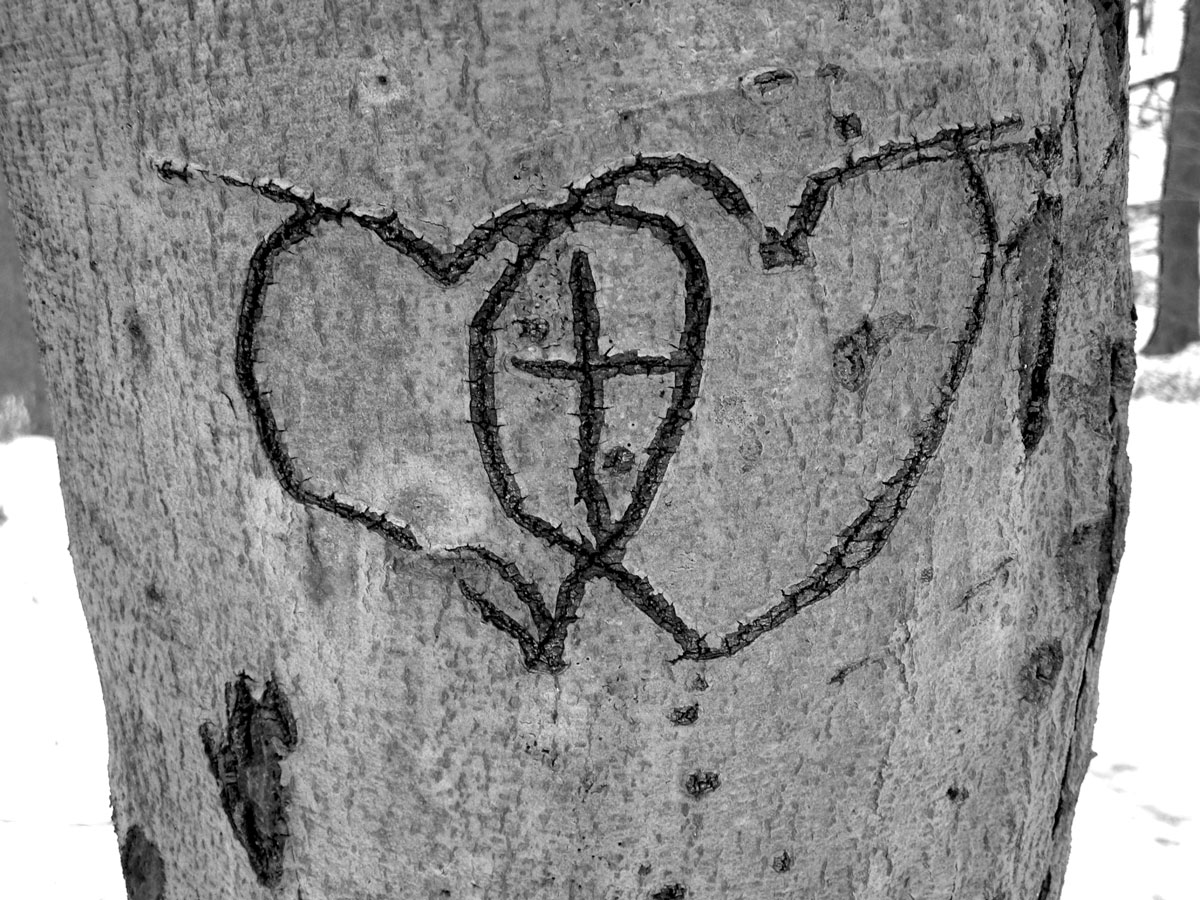 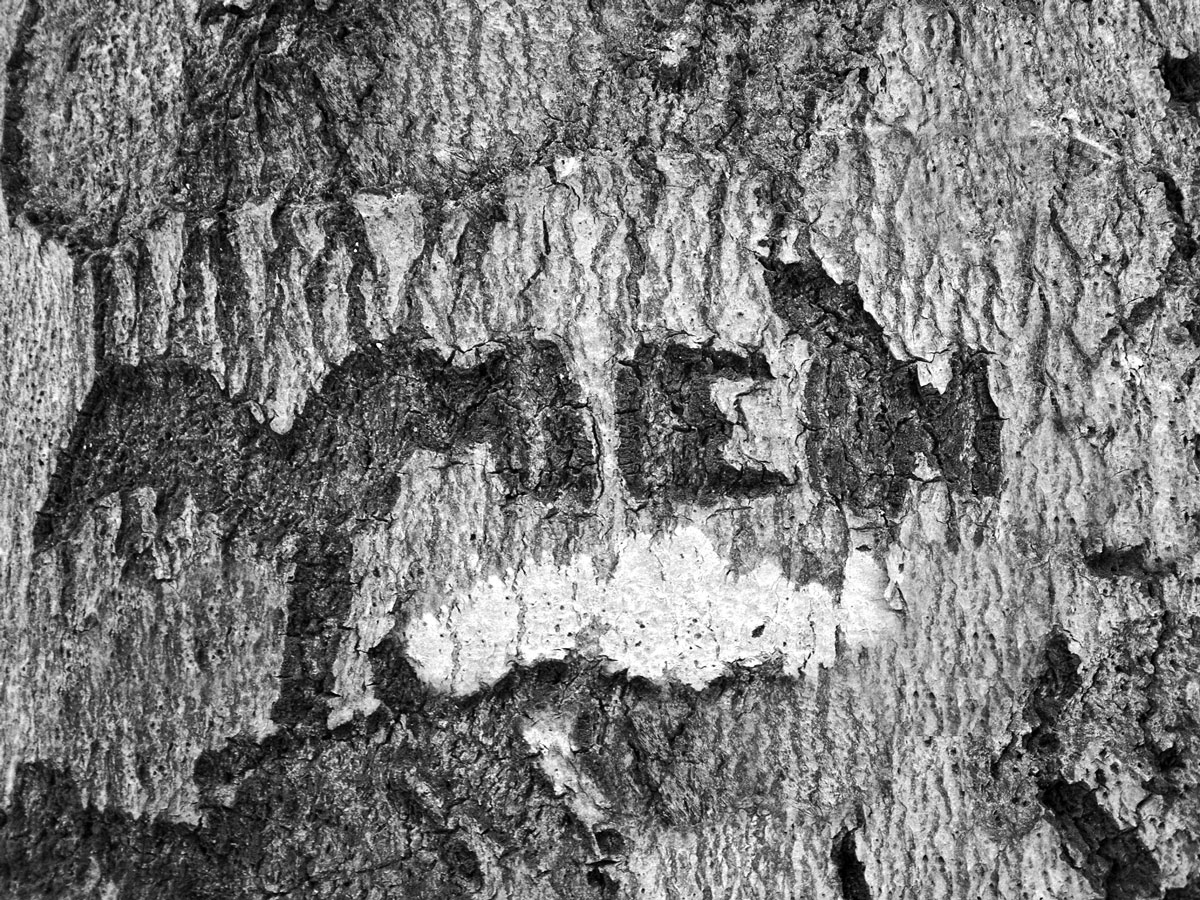 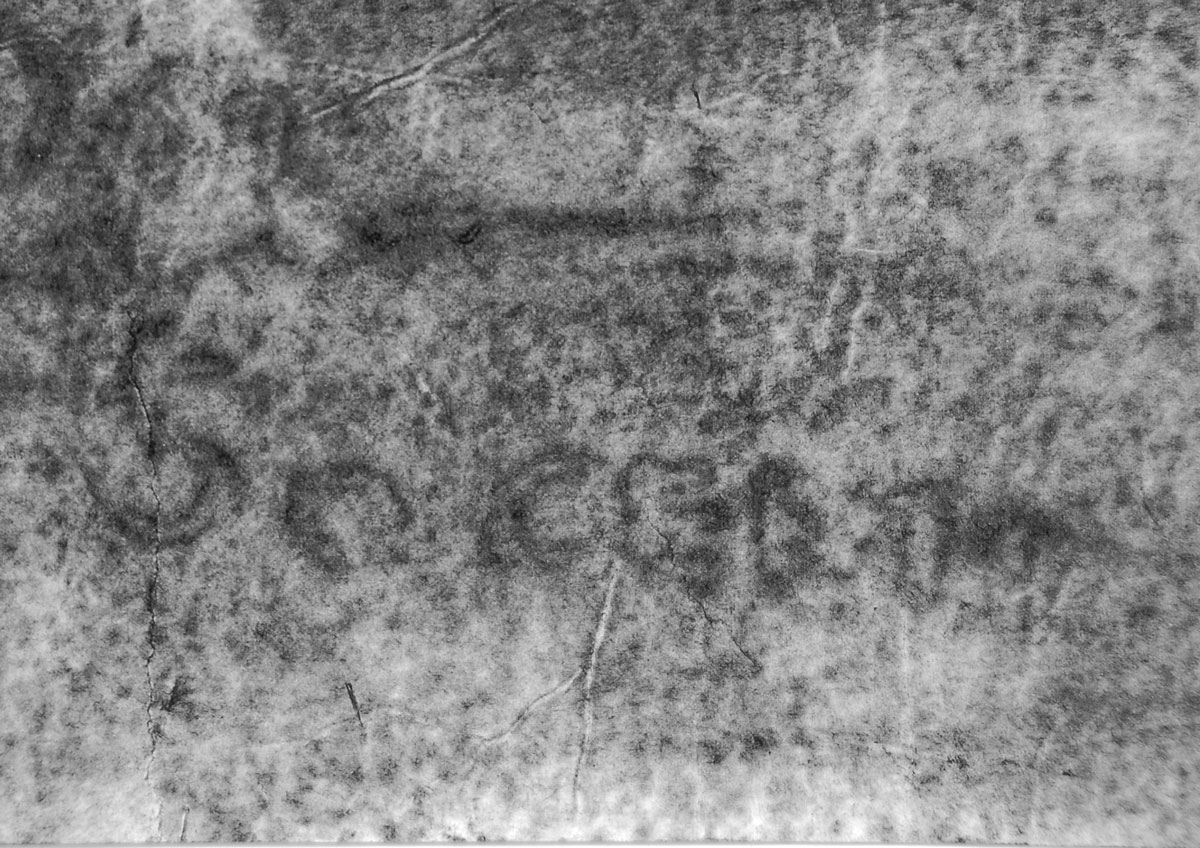 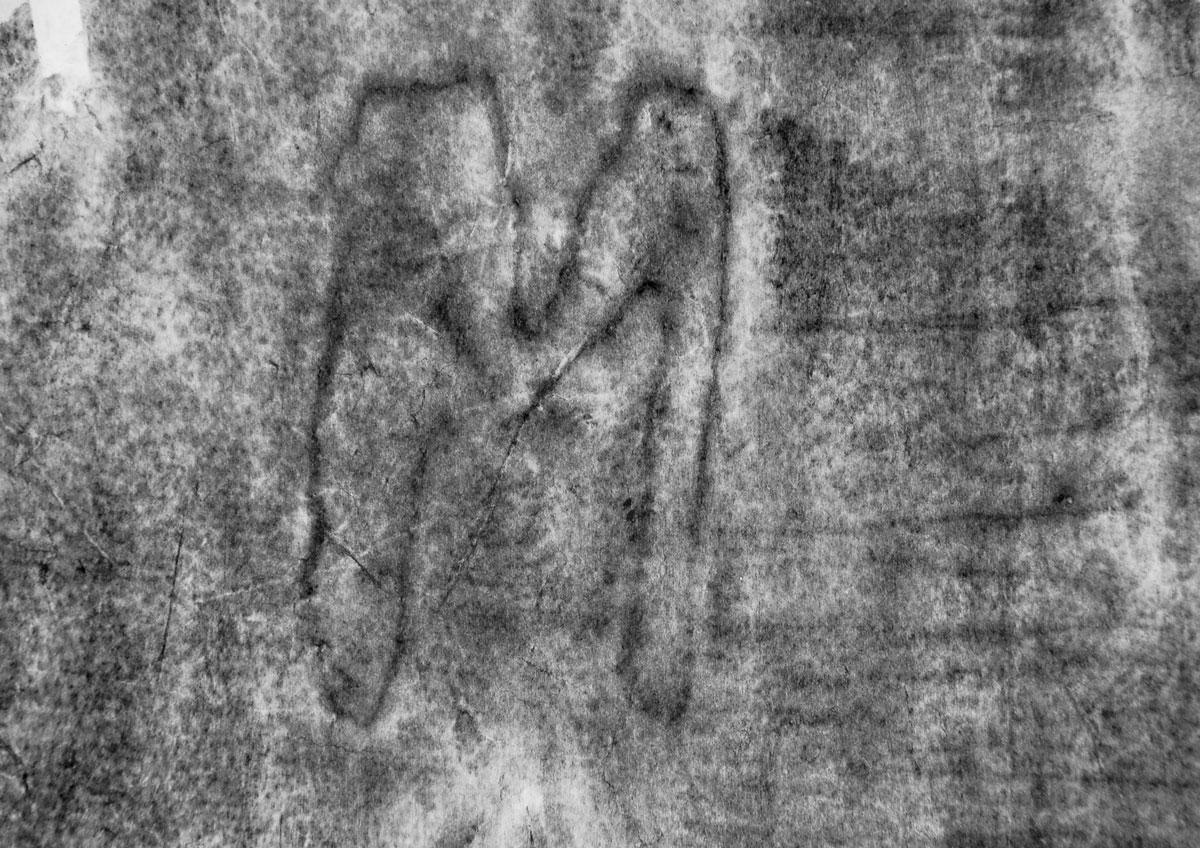 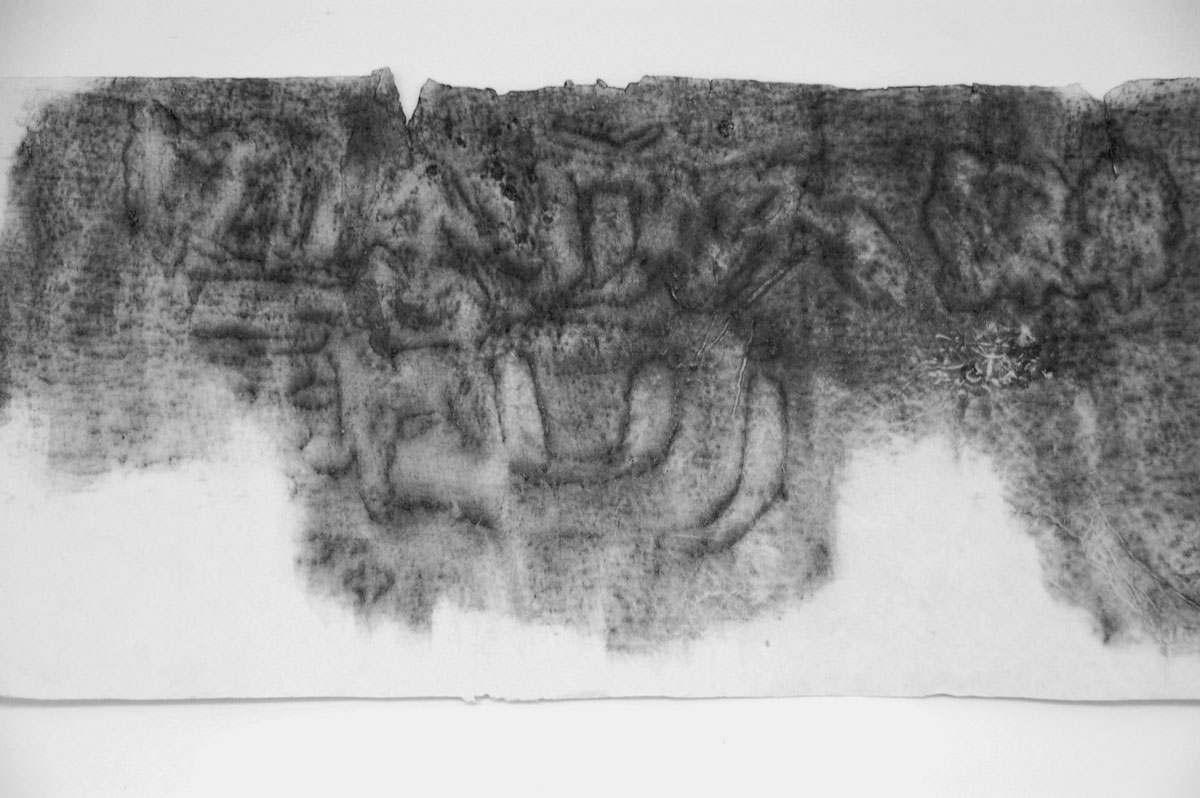